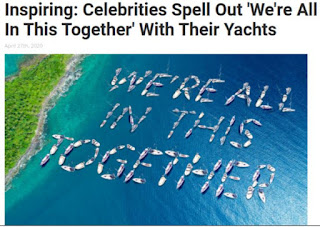 1. In light of claims that Trump's use of the term "Chinese virus" incites anti-Asian violence, I found Conservapedia's page on left-wing violence in the Trump Era.

Considering it's Conservapedia, their claims deserve to be fact-checked, but I found the one claiming more than 12,000 tweets calling for Trump's assassination to be fairly credible.

See my post about Barack Obama and anti-semitism. Anti-Semitic violence genuinely did go up right after Obama was elected. It's easy to concoct a story about how the things Obama did, said, and who he took pictures with fueled this surge in anti-Jewish hate crime. Of course, it's complete nonsense. But it parallels the idiocy of the theory that Trump is dog-whistling for anti-Asian violence.

3. "On May 30, 2018, President Donald Trump signed S.204, the Trickett Wendler, Frank Mongiello, Jordan McLinn and Matthew Bellina Right to Try Act. Right to Try opens a new pathway for terminally ill patients who have exhausted their government-approved options and can’t get into a clinical trial to access treatments. Although 41 states have passed Right to Try laws, the signing of S.204 makes Right to Try the law of the land, creating a uniform system for terminal patients seeking access to investigational treatments."

I approve strongly of this, and think we need to expand this in the general effort to legalize more informed risk-taking.

4. Why America is scared and confused: Even the experts are getting it wrong

5. The future is hard to predict:

"While President Trump has been correctly pilloried for describing the coronavirus as less dangerous than the flu, that message was commonplace in mainstream media outlets throughout February. And journalists — including my colleagues at Vox — were dutifully repeating exhortations from public health officials not to wear masks for much of 2020."

6. Judith Curry is a well-published climatologist who gets slandered as a climate skeptic despite the fact that she thinks the globe is warming, that humans are doing it, and it could lead to catastrophe.

My brief take is that she's not in any group of unreasonable people, she simply stops before science ends and leftist ideology begins.

7. In 2019 less than half of Democrats identify as liberal.

8. Study on ostracism and personality type.

"Here, we investigate the effect of personality on the likelihood of becoming a target of ostracism. Theorizing that individuals low in conscientiousness or agreeableness are at risk of getting ostracized, we tested our hypotheses within 5 preregistered studies...In line with our hypotheses, persons low in conscientiousness or agreeableness provoke more ostracism intentions (Studies 1, 2, and 4), are more likely to be actually ostracized by others (Study 3), represent the stereotype of an “ostracizable” person (Study 5), and report experiencing more ostracism (Study 6)."

I'm low in agreeableness and conscientiousness.

9. Do women who have a lot of casual sex have low self-esteem?


"Across six experiments with US participants (N = 1,469), we find that both men and women stereotype women (but not men) who have casual sex as having low self-esteem. This stereotype is held explicitly and semi-implicitly, not driven by individual differences in religiosity, conservatism, or sexism, is mediated by inferences that women having casual sex are unsatisfied with their mating strategy, yet persists when these women are explicitly described as choosing to have casual sex. Finally, it appears unfounded; across experiments, these same participants’ sexual behavior is uncorrelated with their own self-esteem."

10. 56% of women with children prefer a homemaking role to working outside the home. Read a thread on what women want career-wise as they become mothers.

Shared environment accounted for nothing.

It's hard to tell to what extent "older", "white", or "man" is the problematic variable, how much would these percentages fall if "older" was omitted from the question?

14. Let's play a guessing game. What % of people report that they wash their hands more often? What % say they stopped seeing family and friends? What % think they should close schools and universities?

Support for individual action against Coronavirus:
81% of Americans say they haven't left their home in a prolonged period of time.
86% say they stopped seeing family and friends.
74% say they have canceled travel plans.
94% say they wash their hands more often.
73% say they bought extra groceries.
63% say they are very concerned about the Coronavirus.
Concern from Republicans are at 56%, 54% for independents, and 71% for Democrats. It is not totally clear whether this poll asks if they were very concerned or just concerned in general, but it seems like the former. (Note that independents are less concerned about Coronavirus than Republicans)

83% think they should, "Restrict travel by plane, train, or bus"

Keep in mind how poor self-reports tend to be.

17. Trigger warnings failed to decrease anxiety, in fact they mildly increased it.

19. Victims are perceived to be morally good despite any evidence it's true. Sounds like social phenomenon that could be easily exploited...

1. Random Critical Analysis has a primer on how conventional wisdom on healthcare is wrong. Some of it goes over my head but I still find it valuable.

2. As Coronavirus patients have increased, heart-attack and stroke patients have decreased. Read: Where have all the Heart Attacks gone?

3. Michael Huemer on what the presidential candidates should and shouldn't know


"The Gary Johnson story was literally the first and last time I ever heard the word “Aleppo” anywhere other than in a computer game, and pretty much the only fact about Aleppo that they reported was that Gary Johnson didn’t know about it. Likewise, the only information I have heard about the current President of Mexico is that Klobuchar didn’t know his name."

4. What universal experience are you missing without realizing it?

Also read about The Typical Mind Fallacy, our bias toward thinking other people have brains like ours.

5. Read Bryan Caplan on The Stages of Blame Applied. I don't disagree with Bryan much about this. My experience in restaurants largely confirms what Bryan is saying. Still, I'm uncomfortable with the term "blame," as it sounds like one is obligated to not be poor.

6. The outrage machine: ABC reports anti-stay-at-home protests "coast to coast" "in at least 5 states", which means exactly 5 protests. My guess is that this amounts to hundreds of people.

8. Postsecret is a site that reveals people's anonymously sent secrets. They regularly make books out of these secrets. The secrets they post seem very curated, which may be a good thing or a bad thing depending on what you want.

9. Read Scott Alexanders, A Failure but not of Prediction 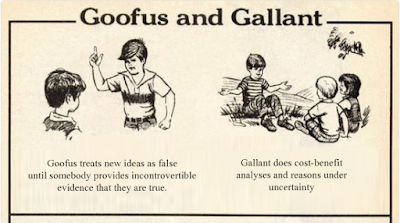 1. Here's Econtalk with Jenny Schuetz from the Brookings Institute. They talk about the housing market, how the discretionary nature of zoning makes the rules restrictive and unpredictable, and how this ultimately restricts the supply of housing and makes it more expensive.


"We no longer have any of these cheap options. So, small units, fitting a lot of units onto one piece of land, things that are not a complete housing unit with kitchen and bath, shorter term leases--all of these options that we used to have, where poor people could find a place to live that wasn't their car or the sidewalk, we've basically made those only illegal."

2. Eric Weinstein was on Joe Rogan for 3 hours. Much of the interesting stuff comes at the end when he summarizes his latest podcast on geometric unity.

It's hard to figure out what I think about Eric Weinstein. He's obviously smart, but it's hard to tell if he's con-artist smart or Albert Einstein smart. He's intellectually stimulating to listen to, but I can't shake the feeling that the way he influences his audience is not totally earnest.

I'm not able to fully appreciate his commentary on physics, but on economics he's certainly heterodox. But he's mostly heterodox in a way that appreciates and accurately describes the conventional wisdom (I'm thinking mostly about his views on trade and immigration). It's okay to disagree with the experts, but not if you don't know what they're saying.

For a more digestible but high-level discussion see episode 27 with Daniel Schmachtenberger. It is excellent

3. Eric's brother, Bret Weinstein is doing a series of podcasts on Coronavirus with his wife, Heather Heying. They're very informative and responsible in admitting their confidence and expertise.

4. In their conversation, Tyler Cowen and Eric Weinstein talk about, "the best heterodox thinkers that live on the periphery of the establishment." Here are the people they talk about:

Patrick Collison is a billionaire and CEO. Here is his Twitter and his personal website. His blog is rather old and lacking content. He has interviews with Ezra Klein, Tim Ferriss, and Tyler Cowen.

I already followed him on Twitter without knowing it.

"Patrick is one of the smartest people ever." -Tyler Cowen

Cowen is not prone to hyperbole, but I suspect he's overstating it a bit.


Laura Deming is a venture capitalist and she works on anti-aging technology. Here is her Twitter and her personal website. Her blog is here but it looks highly technical.

Michael Vassar is an entrepreneur whom Eric describes as "dangerous." He focuses on preventing catastrophic risk and he "theorizes on woke without buying into it on it's own terms." Here is his Twitter and his Wikiquotes. He has a profile on Edge and several responses to their annual big question.

Gwern is an essayist that will "blow your mind" like Scott Alexander. We'll see. Scott Alexander has mentioned Gwern here and here. Gwern does a lot of experiments on himself. He has a critique of Tyler Cowen's MRUniversity course.

- Caplan makes a lot of claims about how well off and how much opportunity the first world poor have, and this seems like an anathema to Leiter. Caplan cites The Success Sequence to show that if someone in poverty practices very basic good behavior they don't stay in poverty.


"Our research shows that of American adults who followed these three simple rules, only about 2 percent are in poverty and nearly 75 percent have joined the middle class"

-This debate is the first time I heard Bryan refer to himself as "right-wing." It's a term I don't like because of the stigma that surrounds it, but in light of Bryan's simplistic theory of left and right, it's apt.

Paradoxically, sometimes the best way of move past the stigma of a term is to embrace it head-on. If someone says, "I am a racist, here's why..." I'm immediately listening to his why, otherwise I linger over whether they're a racist or not.

-Leiter's point that capitalists are perennially trying to cut costs, and because labor is a cost this is ultimately going to end up disastrous for workers, was not adequately rebutted by Caplan in the debate. Caplan eventually gave a better response in his reflections post.

6. Who's that conservative politician with the eyepatch? Watch Dan Crenshaw on the Joe Rogan show. I didn't find him particularly persuasive as most of his rhetoric was poised toward taking down popular progressive arguments rather than good ones. While watching I frequently thought, "I hear people make that argument all the time, but that's not the argument I would make."

I frequently object to bad arguments for ideas I affirm

7. Listen to Cory Clark on Tribalism in social sciences


"So this is the one where we’ve gotten the most pushback. Our suggestion merely is that social scientists are themselves humans."