The Messages we don't Intend to Send 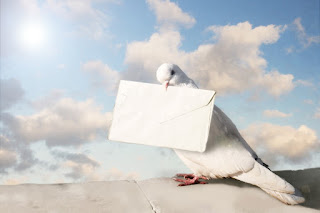 Consider two examples and ask yourself what they have in common:

1. Dan Crenshaw is a conservative politician who went on the Joe Rogan podcast. When the discussion came to marijuana legalization, Mr. Crenshaw said this,


"There's a normalization that occurs when you legalize something. Let's say you've made the age 21... what you've done is you've normalized it for teenagers. You said, "yeah, it's 21, but it's legal so there's no issues with it." I think that's what you're telling people.

2. A paper posted in the Progressive Economy Forum says that UBI would create social cohesion and prevent stigma because everyone would receive it. In regard to means testing, it says,

Applying for such benefits is shaming, undignified, often costly, time-consuming and an implicit admission of personal inadequacy. It is potentially and often stigmatising, to yourself, your family, your friends, neighbours and potential future employers.

They both make up a message sent by the policy they oppose. They do no work to explain why that message will actually be sent.

We can employ this same rhetorical tactic to a lot of things,

-Gun control sends the message that you don't have the right to defend yourself
-Amnesty for illegal immigrants sends the message that our laws will not be enforced
-Progressive taxation is an implicit admission of personal inadequacy
-Making abortion illegal communicates that women are inferior to men
-Medicare for all says, "old people don't need any special considerations"

Of course, you can reverse the original examples so that Marijuana Legalization and means-testing communicate something positive,

-Marijuana legalization says, "you have a responsibility for your own life"
-means-testing communicates that we're a society with sympathy for the weak and vulnerable

It's easy to make up a positive/negative message sent by a policy you like/don't like. It's much harder to explain why it sends that message as opposed to no message or any other combination of messages it could be sending.