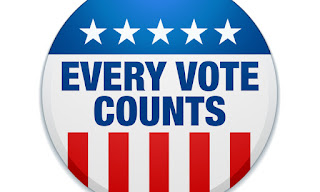 This isn't hard to figure out which is why I'm puzzled when people repeat the line, "every vote counts," as if that's an argument for voting. Sure they literally counted your vote, but that doesn't mean your vote mattered.

Rewind to November 8th 2016; a day when I stayed in my bubble and ignored my society (as one does). With the benefit of hindsight, we know what the world would look like today had I voted.

What if I had voted for Hillary Clinton? Trump would have won.

What if I had voted for Trump? Trump would have won.

What if I had voted for a third-party? Trump would have won.

It looks like I made the right decision by saving myself the time and energy of voting.

This outcome is highly predictable. Very few elections are decided by a single vote. So unless you like voting, possibly because it expresses who you are and saves you from society's contempt, it's best to save yourself the trouble.

You know the answer. 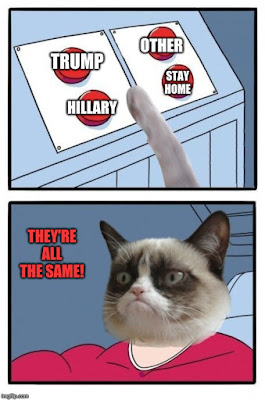 Consider one more thought experiment. You're with a group of 10 friends deciding which movie to watch. You know for a fact that 8 of your friends are going to vote for that stupid Hugh Grant romantic comedy. Since it's clear your vote doesn't matter you choose not to vote. What kind of crazy person insists that you must vote because every vote counts?!!