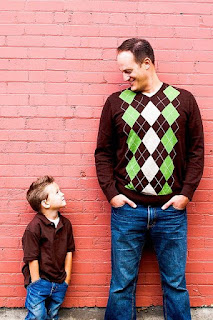 If my 5-year-old son told me, "it's a pretty damn beautiful day today" I wouldn't care. I would caution him against saying that word at school or around grandma, but if he wants to use the word damn in that way around daddy, then let the kid say damn.

If he told me the damn teacher wouldn't let him have candy, that would be a different situation.

Imagine the child who tugs at his mom's shirt and asks, "mommy? What does shit mean? The mother is aghast and tells her foul-mouthed spawn never to say that word. Or imagine the parent who shuts off the tv in the background because the children might hear a bad word. This kind of fretful inanity looks deeply superstitious to me. As if a mere utterance releases some literal toxin into the air. As if it casts a spell into the environment. These are situations where the parents appear just as juvenile as the children.

Words are symbols we use to express reality, but the words are not reality itself. The idea that certain words are dirty, or sinful, or wrong to use is to attribute a kind of magic to the linguistic expression itself. This is why I'm against the sort of puritanical banning of particular words. It's not the words themselves that are harmful, it is the meaning those words convey, and in each particular use of the word, we must use context to discern what this symbol means. For example, "shit" isn't a bad word in the context of a child asking his mother what "shit" means.

I've worked in restaurants for years, and let me tell you, "damn" is not a bad word in the back of a kitchen. It is a bad word in front of a customer. Our culture has many zones like this where certain words are disapproved of in different social contexts. That's why I would tell my son not to say, "damn" in school or in front of grandma. The use of the word transgresses on a social norm and betrays the trust of the group. Different sub-cultures manage their adherents by different standards of verbal etiquette. When you violate those standards by uttering an off-limits word, you re-position yourself from us to them.

So when I say I'm against the puritanic banning of words, it means I'm against the joke of a moral rule that you're not supposed to say certain words ever. But at the same time, I recognize that transgressing against a culture with words that violate their expectations is counter-productive as it unravels your membership in their community. Perhaps more importantly, it disrespects their culture when there should be a presumption of respect and conformity when you enter someone else's domain. 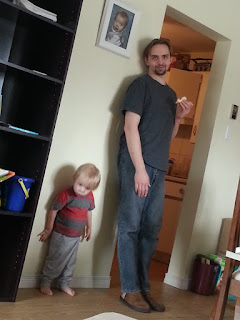 This is how I see the N-word. In this case the culture that has banned the use of the N-word is nearly universal. This means there's almost absolutely no appropriate time or place to use that word. At the same time I recognize that there is no magic in this word, and the people banning it are being puritanical as hell. Nonetheless, for the same reason I don't walk into a church and say, "goddamn it", and I don't walk into anywhere and say the N-word.

Instead of banning "bad" words, I have a slightly more complicated philosophy of how to use words morally.

I can think of exceptions to every one of these rules, but that doesn't make them bad rules. They're moral presumptions. If you're doing to violate one, you should have a good reason.

Hopefully, as my son grows older he won't commit to an asinine moral view of puritanical language restrictions, but rather come to understand that language has power, and there are ways to misuse power.