What are you, Gay? 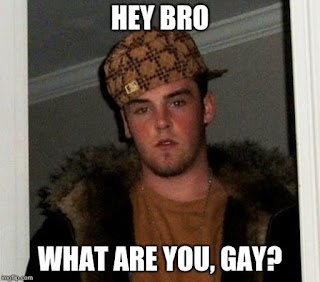 Let me tell you about a time when I was the worst person in the world.

I was with some friends (I don't have any friends. You can already tell I'm making this story up...)

I was with some acquaintances when someone we all knew walked in carrying his girlfriend's purse. I squinted my eyes, lowered my voice, and asked, "what are you, gay?"

I had said that in other social situations and people around me understood that I wasn't mocking gay people, I was mocking the mockers. One time it even started a conversation with someone about how people actually used to say that sort of thing, and how much the world is better now.

This time though there was someone sitting two seats beside me, and all she said was, "wow Eli, I didn't know you were a homophobe." I quietly ignored it, but I raged about it in the car and it ruined my night.


Let me tell you another story.

My mom used to make me and my brothers sing at nursing homes. Sometimes we'd bring tiny American flags and sing patriotic songs for a while.

One time one of the tiny American flags fell on the floor and we didn't bother to pick it up (because I was like, 7). One of the old men in the audience started making all these loud, distracting, grieving noises. At first, we thought little of it because we had met a lot of weird people in these nursing homes and you know, whatever. But after about a minute of, "Naaaawwww, Noooooo!" someone else in the audience yelled out, "pick up the flag!" So we did and the grieving stopped.

I think these stories are the same in that they're both about people who sacralize a particular act and strip it away from meaning and context. The girl identified the utterance of particular words in a particular order as an attack on something she held sacred. "What are you, gay?" is one of the incantations of the other side and you should never say it no matter what. The man identified a flag laying on the ground as an abandonment of something he held sacred too.

They both confuse a symbol for reality, but he probably had Alzheimer's and fought in World War 2 so I'm a little more generous with him.

There's another story I could tell about violating sacred ideals and confusing the symbol with the reality, but it will have to wait for another day. 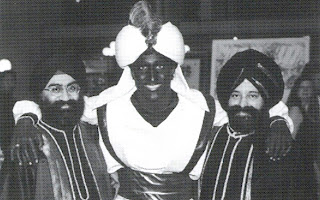