What's the True Meaning of Christmas?

We Americans cram our 4 favorite holidays into 2 months, and then we have 4 months of unbearable snow with nothing to do and nothing to look forward to except for stupid Valentine's Day. A smarter civilization may have spread out our Holiday consumption across the cold icy plains of Winter. But we're Americans! We want it now!

Anyway, it's almost Christmas. It's a time of year when we brainwash ourselves with the same songs over and over again. It's a time of year when we spend money on gifts other people don't want but will get offended if they don't receive. It's a time when we fight about the capital T True meaning of Christmas as if it's sitting out there in the Universe to be found.
My position is simple. Traditions are like symbols, they don't have any objective meaning, they only have the meaning that we give to them. If multiple groups imbue multiple meanings to a symbol or tradition, then that tradition or symbol has multiple meanings.

Someone should tell that to Linus,


"For unto you is born this day in the city of David a Saviour, which is Christ the Lord. And this [shall be] a sign unto you; Ye shall find the babe wrapped in swaddling clothes, lying in a manger. And suddenly there was with the angel a multitude of the heavenly host praising God, and saying, Glory to God in the highest, and on earth peace, good will toward men.
That’s what Christmas is all about, Charlie Brown."
-Linus

Some evangelicals worry about the "Christ" getting taken out of Christmas. This seems weird to me. As a Christian why would you want a bunch of non-Christians to celebrate a Christian holiday? So they can pretend atheists and Muslims don't exist? Christmas can be about Jesus for you, but trying to make it objectively about Jesus culture-wide looks like you want to look past 100,000,000 non-Christians in your country.

I don't think Christians are stupid enough to think Jesus is the one true meaning of Christmas. This is just one of those cases where suppressing your rationality to express the importance of Jesus is socially desirable. Imagine being the only one in the church saying, "Christmas doesn't have to be about Jesus for everyone." Now imagine having to explain yourself to the congregation because this sort of claim pegs you as not a true Christian. In making such a claim you've clearly taken one step away from the center of the evangelical tribe. 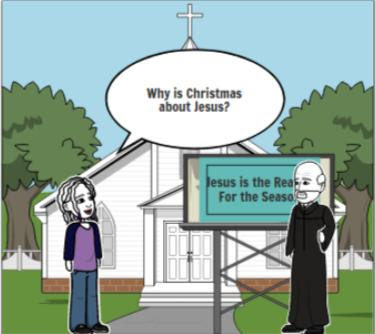 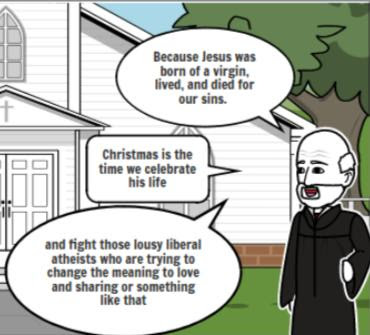 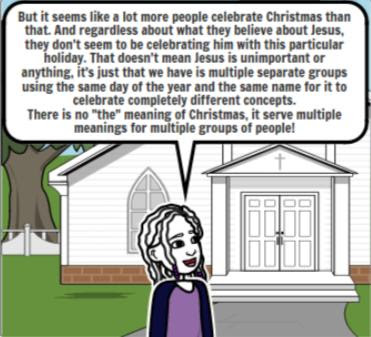 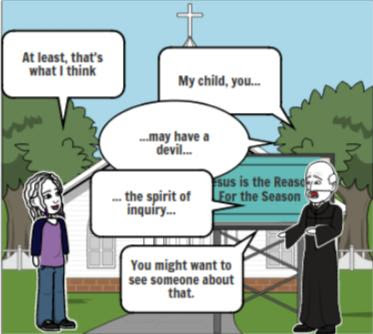 The sword cuts the other way too. When I ask google for the true meaning of Christmas it gives a perfectly secular definition of the holiday,

"to give up one's very self — to think only of others — how to bring the greatest happiness to others — that is the true meaning of Christmas.”

That's about as close as we're ever going to get to the true meaning of Christmas.