When it's okay to feed the Dog Whistle Machine? 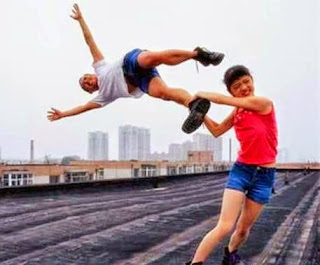 The Self-Reinforcing Dog Whistle Machine is a  cycle between reputation and dog whistles. Dog-whistles destroy one's reputation, but reputation justifies the claim that these are, in fact, dog whistles.

Looking for patterns is a great way to feed innocent people into the Self-Reinforcing Dog Whistle Machine. You're naturally going to find negative patterns in people you already don't like. Life is big enough that if you only zoom in on the right areas, you can build a case for a negative pattern in anybody.

But it's not like I don't want to throw anyone into the machine. Some people dog whistle and would never admit it. Some people deserve the terrible reputation that they have. So how do you make sure you only throw guilty people into the Self-Reinforcing Dog Whistle Machine?
My strategy is tried and true: catch people in unambiguous examples.

David Duke is a racist. He was in the Ku Klux Klan. When he does something ambiguously racist, like support Trump and his wall, my default view is to interpret it as racist dog-whistle because... well the dude was in the KKK. But when a non-KKK card holding conservative supports Trump and his wall, there's this big obvious explicit alternative explanation to racism, and that's nationalism.

When surveys find 12% of Republicans say interracial marriage is a bad thing, I don't have a lot of leeway in interpreting that as something other than racism. I can probably conjure up some explanations, and they would probably apply for some fraction of that 12%, but mostly this is an unambiguous example. So when one of these 12% of Republicans also doesn't like Black Panther, of course it could be because Black Panther was a bad movie, but I'm far more likely to let the Self-Reinforcing Dog Whistle Machine grind away.

If a drunk uncle complains about too many N*s ruining the country, it sheds light on why he didn't vote Democrat in 2008. But when a typical conservative who basically never votes Democrat, also doesn't vote that way in 2016, I don't try to fit that into a pattern of dog whistles so I can say stuff like racism got Donald Trump elected.

Think of it as quality before quantity. It's so easy to find a bazillion pseudo-racist examples for anybody (just watch Hillary Clinton and hot sauce). But after one clear example of true racism, you might never look at someone the same way again.

Is this strategy going to catch all the racists? No. Some racists are clever enough to never give away their prejudices. But for the most part, racists aren't the kind of people who shrewdly navigate the social terrain. They tell you what they think and you can like it or not. These aren't the smartest folk. Again, some racists are more cunning than that. But in general, if you're clueless enough to be a racist, your probably clueless enough to give away your racism too. 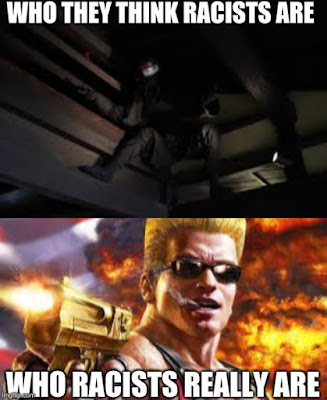