The problem is our hate feels like righteousness because we convince ourselves we hate the right things. Maybe you hate the Social Justice Warriors or the evangelicals, or the elites in the media and university or the richest 1%, or the feminists or the NRA, or the environmentalists or the oil and gas lobby, or the socialists or the capitalists, or the pro-life or the pro-choice, or the racists or the illegals, or just the liberals or the conservatives. There's a good chance if hate one of these groups it kinda feels like righteousness.

But they really are the bad guys, right? You hate the right things but their hate is irrational. They're corrupt, don't play fair, and hinder us from progress. They're big, organized, and well-funded, you're grassroots. Even though you're not perfect, at least you're doing your best, but they're not. They embrace short-term vices like greed and ignorance and bias and hate, and worst of all they want to set up rules so society succumbs to the same temptations. If they would just shut up we could finally fix our broken system.

You sure about that? 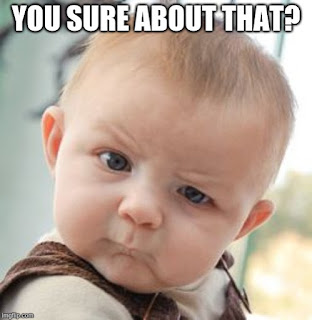 One problem with hate is the way it locks you in. Hate is a terrible judge. Hate regularly confuses the other side's symbols. Hate blinds. Righteous outrage is not only an addictive drug, it's a hallucinogen. From hate you can't determine whether the object of your hate is hateworthy. So these stories we tell ourselves and our media tell us about how wicked the other side is, and how deserving of our hatred they are, is profoundly biased by the hate itself. 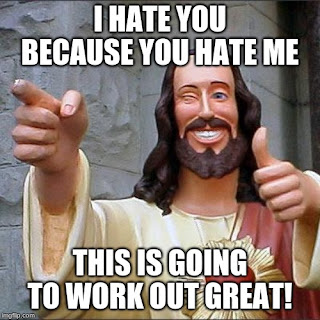 So what's the answer? I can't believe I'm going to say this.

Love is the answer.