How Social Media Ruins My Garden 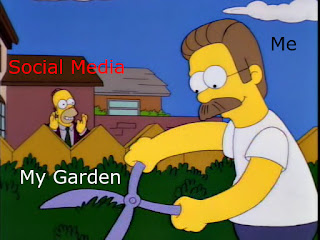 I scrolled through my Facebook feed the other day, and somewhere between one of my brother's quirky status updates and a picture of my co-worker's new baby, there was a political meme. I don't want to get too specific, but it shared a grievance about a particular story of injustice. The tone was angry. It took a stance on the story and told anyone who disagreed to go fuck themselves. It inspired hate for entire groups of people, and it was shared by someone I know as a very pleasant and thoughtful person.

It made me think about just how much hate looks like righteousness from the inside.

Filtered through the righteous anger was the message that anyone who questions the story on the meme is a horrible person. But I like questioning things, so in the spirit of Scott Alexander, a blogger who writes about Lies, Damn Lies, and Social Media, I looked into it.

It took very little time on google to discover that things didn't happen the way the meme purported. It was cleverly worded so that every sentence could be justified as literally true, but at the same time give readers completely the wrong impression. This didn't seem like an accident. This meme was carefully crafted to produce anger and anxiety as immediately as possible so you feel something before you can even think about it. This is what works, apparently. In 2011 The Journal of Marketing Research published a paper did an analysis of what goes viral. The answer? Anger and anxiety. Mind you, this is in 2011 and the analysis was run on The New York Times. Another more recent study looked at Twitter and found tweets expressing moral outrage were most shared.

The other problem with this meme is that it told a story in a great big world filled with stories, and yet the meme seemed angry at the entire system or culture because something happened to someone somewhere. Even when social media flashes dozens of instances in front of your face, that doesn't demonstrate anything about rates or trends. 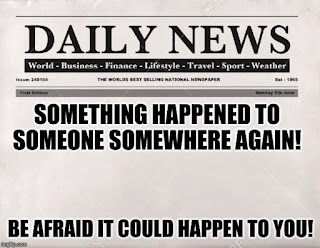 It wasn't long ago that parents had an exaggerated impression of how many child abductions took place because of the recently invented 24-hour cable news. Our minds automatically confuse how easily an example comes to mind with the risk of something happening. So when you hear about something a lot, it makes you think it's happening a lot, even when it isn't. This is what we learned in Daniel Kahneman's psychological masterpiece, Thinking Fast and Slow, and this cognitive quirk is called The Availability Heuristic.

If we heard about it every time someone was struck by lightning we'd cower in fear whenever it rained. Now, the social media market for righteous outrage informs you every time a minority encounters injustice or illegal immigrant commits a crime.

In exchange for clicks, likes, and shares social media tunes you into this toxic drug that makes you feel righteous hate. It’s not only addictive, it’s a hallucinogen. After given a dose, you lose sobriety and can’t discern fact from fiction or a one-off example from a trend.

I don't subscribe to many political feeds and yet I still feel harassed by these sorts of memes. I feel sorry for those souls who do subscribe to political feeds. It's no wonder the political tribes have been polarizing and it's connected to social media use. Needless to say, for my children and for the world, I'm very concerned about this. 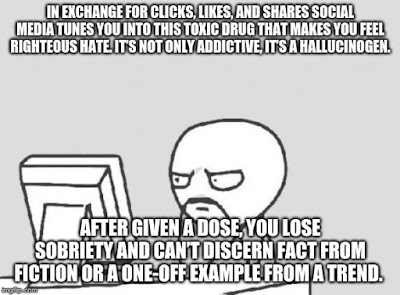