Of course non-voters can Complain 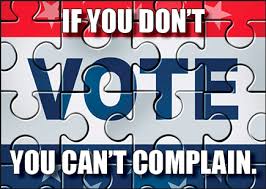 Why can't you complain if you don't vote? I feel like nobody asks this question. Maybe it's because the answer is so obvious that asking makes one look like a fool. Or maybe it's because the statement in question is a pithy logical-sounding response to anyone who would reject the sacred ritual of voting. If you ask the question then you'd have to come up with an actual argument, which can then be counter-argued, and the next thing you know your democratic fundamentalism is under scrutiny. That's uncomfortable. Best to say the line, nod your head, and get on with your day. 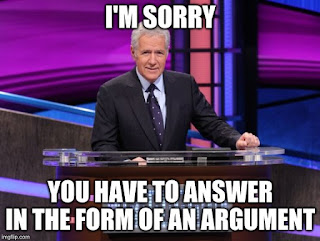 Owned. Stop thinking now because we're done. Move on. Nothing more to see here. Oh no, I feel thought happening...

Does voting plausibly fix the problem? Democratic fundamentalism says yes, but math says no. Nate Silver estimated that a vote in an American presidential election has about a 1 in 60,000,000 chance of influencing the election, but you don't need to be a mathematician like Nate Silver to figure out that your vote is next to worthless. Just look at how many people vote! (126 million in 2016)

(Another problem is that voting isn't the only thing you can do to influence an election outcome. If I contribute to a campaign, spread the word, spend ungodly hours thinking and writing about politics, and encourage others to vote, why do I still not get to complain?)

Voting is a useless tool for influencing elections, it is, however, a powerful tool for self-expression. It's a way of communicating that you're a certain kind of person or you have certain values or belong to a certain tribe. Besides, voting spares you from becoming victim to society's most powerful weapon; shame. That's why people wear those little "I voted!" pins. It's like a little force field that protects you from society's contempt. But the fact that I don't wear the little pin because I don't partake in the fashion of voting doesn't mean I don't get to complain about the people who rule over me.