What if Everybody Voted!

After reading my post against voting, I suspect some people would still have a hard time trashing the image of how much better the world would be if everyone voted. Because we know that non-voters skew leftward, and the Republican Party would basically never win if everyone voted.

This seems wrong to me for at least three reasons. 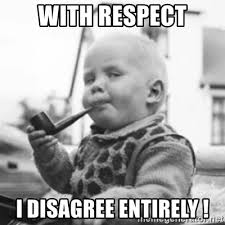 First, the Republican Party we have now would basically never win if everybody voted. With a bunch of new voters the Republican Party would modify its platform to appeal to the new median voter, and Republicans would still win elections. Their platform might be slightly less bad, but we'd still be a far ways off from having only liberal policies.

B) I don't take the view that Republicans are pure evil and the only ones keeping us from progress. I think this kind of view requires being fed a particular diet of information. When you unsubscribe from media sources that exploit your righteous outrage for clicks, likes, and shares, and replace activist feeds with information feeds, you realize that Republicans aren't more substantially more greedy and hateful than the people on the other side.

Republicans are also right sometimes. There I said it.

Thirdaliciously, and most importantly, it doesn't matter what the world looks like if everyone voted. Game theory says it's freakin' hard to get 10 people to cooperate against each individual best interest in favor of the group's best interest. Now try 340,000,000 people.

People analogize votes to money all the time, but votes don't work anything like money. Money buys things. Votes buy the possibility of things, for everyone, even if they didn't vote the same way.

I see this excuse-making as a symptom of Democratic Fundamentalism - the doctrine that all of Democracy's problems can be solved with more Democracy. Campaign finance reform, increased voter turnouts, abolishing the electoral college, and ending Russian interference are all ways of making our country more Democratic and potentially better. But as explanations for why we get terrible electoral and policy outcomes, they're highly overrated.

The real problem is embedded in Democracy itself, it gives voters no incentive to think carefully about politics, so instead people vote expressively, fashionably, and to play war-games.