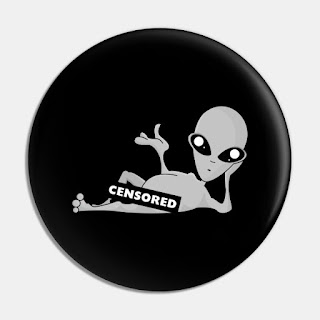 If aliens came to earth, they'd probably be naked all the time. That's okay I don't mind. Alien culture is different from mine and when I visit the alien planet and see all the naked aliens I'll be accepting of their culture.

But I wonder if they'll be accepting of mine? In most human society acceptance, respect, dignity, employability, marriageability, physical safety, enfranchisement, social mobility, access to social institutions, freedom, and autonomy hinge upon our daily, unwavering, public adherence to clothing. We humans are told we absolutely must cover certain body parts. Rationalizations aside, this rule is actually quite arbitrary but the consequences of not complying so are severe.

An alien may object to such an oppressive norm. The aliens may form activist groups to free humans from the injustice of clothing. They may promote social media campaigns to liberate the humans from pants. They may share shameful pictures of parents dressing their babies in clothing and remark upon how these kids are being indoctrinated from their earliest ages. And honestly, they might be right, but so many cultures have so many rules like this. Just because as an outsider you can identify some of the arbitrary social rules of other cultures, that doesn't mean the ones you're absorbed in and unable to see aren't just as bad.

This is how I feel about Westerners criticizing Muslim cultures for enforcing Hijabs. 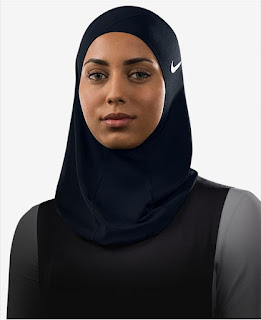 Let's get this straight, different places have different social and legal rules for women wearing hijabs. At minimum, it's a choice, and if you don't wear one nobody cares. Somewhere in between, it's a pseudo-choice; a choice between wearing one and losing your standing in your community. On the other end of the spectrum, one can face very serious penalty. I would never defend that. But somewhere before physical punishment, hijabs don't look that different from any other socially enforced covering.


"When a woman’s community acceptance, respect, dignity, employability, marriagiability, physical safety, enfranchisement, social mobility, access to social institutions, freedom, and autonomy hinge upon her daily, unwavering, public adherence to the bikini, then we can make this comparison.

When a woman cannot leave her home in anything other than a bikini without being deemed immoral and her human worth and family’s honor compromised, then we can make this comparison.

When there are severe legal, social, and extrajudicial forces holding a woman’s safety, wellbeing, and livelihood hostage to her adherence to the bikini, then we can make this comparison."

Her essay is about the false equivalence between a bikini and a hijab. She's right. The real equivalence is between pants and a hijab, or for women a shirt as well. I stole a part of her essay when I talked about aliens and nudity because the social consequences of each are more-or-less equivalent.

A head covering is no different from a nipple covering or genitalia covering. An alien anthropologist would say that some human cultures wear pants and a shirt, other human cultures wear pants, a shirt, and a hijab. The biggest difference is that westerns take these other kinds of coverings for granted, but with hijabs, they call them into question because they're unfamiliar

The thing is, I think we probably shouldn't destroy a person's life for walking around naked, and I'm probably on the side that says Muslim women should probably be able to walk around without a hijab without similarly awful consequences. But when some people focus on hijabs and ignore or rationalize for their own society's coverings or other kinds of social rules, it seems hypocritical to me.