In Defense of Trivialization 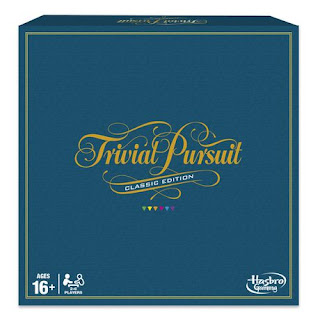 I notice that, especially in the social media environment, if you do not exaggerate every problem to a 10 you can get called out for "trivializing" it. If by trivializing, they mean "make less important than the exaggerated claim" then good job. Trivialize away. If they mean, "make less important than appropriate", then that would be a serious mistake.

This kind of mistake happens in other areas. The economically uneducated might buy a stock because a company is good. "Starbucks has a hell of a product." "Ford makes the best cars out there." What they don't realize is that the price of the stock already captures the quality of the product. It's not enough to say that the company is good, you have to say why it's undervalued.

People often confuse good/bad with overvalued/undervalued. I think that's why this accusation of trivializing has so much power. If I say "problem X is less bad than you say," you can respond, "Eli it trivializing problem X." Yeah, I sort of am. But if you're exaggerating the problem in the first place, then trivializing it sets the dial closer to accurate. In real life, when people hear, "Eli is trivializing problem X," they interpret it as, "Eli doesn't think problem X is important or bad." This would make me look like pure evil if problem X really is important or bad, hence why the accusation of trivialization is such a powerful rhetorical weapon for fighting tribal battles, and such a self-destructive nuclear bomb for education and discovery. 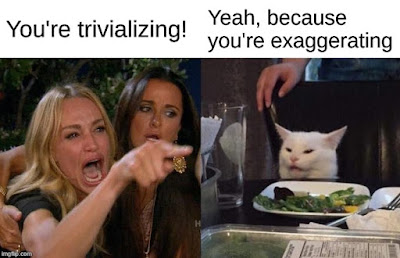 Besides the obvious cost to human understanding, this mechanism ensures every problem must always be as bad as you can imagine it to be. This creates a level of anger, anxiety, hate, and fear disproportionate to what reality warrants. I see grotesque exaggerations posted on social media all the time. I hesitate to say anything because all one has to do is accuse me of trivializing to destroy me.

I also worry that while some people buy into these exaggerations of every problem, others overreact to obvious bullshit. If you want people to be skeptical of global warming, tell them, "The entire North polar ice cap may well be completely gone in 5 years," as Al Gore said in 2008. More people should have called Al Gore a political idiot, but still reaffirm climate change is real and a problem. But because a little trivialization is not permitted, the terrain between exaggeration and overreaction to the exaggeration remains unpopulated.

Sometimes I hear, "it's impossible to exaggerate X," but it's always possible to exaggerate anything. That means it's always possible for trivialization to be warranted. Arguments do not stand or fall on whether they trivialize a problem. Our unwillingness to evaluate trivializations on a case by case basis screws up our understanding of what's real and as a result our ability to solve problems and allocate resources properly, it facilitates all kinds of underlying emotional turmoil in people, and it has blowback effects on those who overreact to these artificially heightened claims.