The Price of Tactical Exaggeration 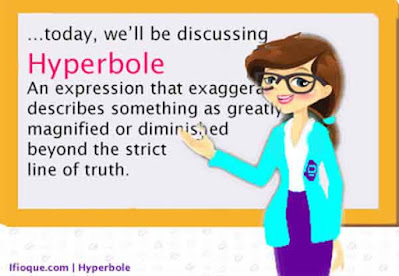 "Hitler ate babies" is a statement that deserves to be trivialized. Hitler didn't eat babies. Yet, to say so trivializes how terrible Hitler was.

Some people defend this kind of exaggeration by claiming it's tactical. If we're honest in our representations, people don't care enough. So we have to exaggerate the problem to motivate a more urgent response. It's kind of like archery where you have to aim above the target because if you aim at the target you're going to fall short.

By exaggeration you've incited some to react more appropriately, you've also encouraged others to overreact and still others to think you're full of shit and underreact.

It's easy to see how one could make serious errors in light of exaggerated claims about Illegal immigrant's criminality, the prevalence of rape on campus, the popularity of white supremacy, the frequency of mass shootings, or the risk of a terrorist attack. The degree to which I am concerned with these topics inform both my personal decisions and public views. Should I homeschool my kids to avoid the risk of school shootings? Should I support U.S. military interventions to prevent terrorism?

How much should teachers get paid? There must be a right number, suppose I already believe the right number, or think the right number is higher than it actually is. Now suppose someone tells me that teachers spend a million hours grading papers every night and 99% of teachers are sexually harassed at work. Now I adjust my assessment of teacher pay away from the truth. I advocate for teacher pay well beyond what any reasonable person would think. I'm a living parody of being pro-teacher and come across like an extremist to moderates, and an obstacle to my own cause.

To other people, you undermine the credibility of your own cause. This means people don't take you seriously anymore. It's hard to be more concerned about sexism than I am when some feminists make bonkers claims about all intercourse being rape. It's hard to be more concerned about climate change than I am when some environmentalists tell me the world is over in 12 years. It's hard to be concerned about trans issues when people tell me trans people only live to 35 years old. I'm sure a lot of these sorts of things were advertised with tactical exaggeration in mind, but I think they need to think a lot more about whether this backfires. Tactical exaggeration is a strategy to get more people to really care. With a lot of people, it achieves just the opposite. They pick up the scent of bullshit and don't want anything to do with you or your cause.

Tactical exaggeration screws with people's mental health. It's only natural that fear, anxiety, and depression ensues when people tell you how bad the world is non-stop. The reason social media is so good at getting away with lying is that it elicits very negative emotional feelings so immediately that people can't tell up from down anymore. It is hilarious and tragic that we don't worry about triggering people with our Instagram memes. Remember that Facebook is Shiri's Scissors. It is an incredible optimization process tuned to produce an emotional response, and negative emotional responses are easier to produce than positive ones

For as many problems there are in the world, there is an enemy to hate for it. If they're not directly responsible for causing the problem then they're at least getting in the way of fixing it. This could map to your politics, class, or country. We love stories about good guys and bad guys, and the worse the problems associated with the bad guys are, the worse we think the bad guys are.

I think tactical exaggeration has been an excuse to believe and advertise hyperbolic claims for a long time. I don't deny that it has some benefit, but I suspect the people who employ this sort of manipulative strategy haven' thought through all the costs.