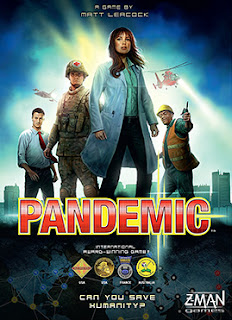 Note that I am stupid and have no idea what I'm talking about:

- A lot of people's differences about the issue seems to be a matter of emphasis, not factual disagreement. For example, if the virus ends up killing something like 60 thousand Americans and 500k worldwide, both sides will feel vindicated. "See? It only killed X many" "See? it killed X many!"

A lot of the confusion comes from an unwillingness to make even the vaguest of prediction. Will Coronavirus kill 1 million Americans by this time next year? Nobody has any idea. They won't even hint at whether they're 90% confident this is true or 10%.

- I am willing to offer some ballpark confidences, but they permit a great deal of uncertainty. I might give 45% chance that it kills <200,000 Americans by this time next year, 45% chance it kills up to 1 million, and 10% chance it kills 1 million+. My sense is that this is rather optimistic compared to most smart people I know, but I'm still a strong base-rater, and it's not exactly optimistic in the sense of not wanting a lot of people to die.

My confidences would have to permit even more uncertainty if I assess on a worldwide scale.

- Sam Harris has called this a potential "test run" for some real epidemic that might come in the future. It occurs to me that test runs that people think are real might be useful for institutions, but bad for the public. I'm sure government institutions will adapt to do better because we had a scare, but the public will likely be less prepared because the last scare undermined confidence.

We might retell The Boy Who Cried Wolf, where the boy claims his third scare was a "test run" and everybody failed. The village's faith in the boy is undermined that much more.

There's a reason why we make clear that fire drills are just drills.

-After listening to both podcasts, I came away feeling less threatened by the virus. Amesh Adalja came across as more information-driven, while Nicholas Christakis felt like there was a clear "us" and "them". Count the number of times Trump is mentioned in each podcast and ask yourself, what specifically are these people experts on?

His rates are based on China and South Korean data. Some people object that these countries had to implement draconian rules to get the mortality rate that low. My sense is that most of the authoritarian foot was intended to stomp out the spread, but not as much was done to reduce the mortality rate.

- Trump gave a 10 minute speech to the public on Coronavirus. I thought it was uninteresting and pretty much what I would expect a president to say.

The only major action Trump revealed in his speech is that travel from Europe would be shut down for 1 month. Nicholas Christakis says there's a consensus that travel bans are largely ineffective. I didn't look into it myself, but I believe him.

If this is Trump's mistake, it is not only his. Many countries including Canada are banning / limiting international travel.

It also took way too much time to find Trump's speech. Everything on the first page of Google tells me how bad and stupid and wrong it was. Why is Google so bad at anticipating that I just want to watch the speech itself!

- So far Coronavirus has not itself been as disruptive as people's reaction to it. The hope is that the prices we're paying now will lower the damage done by Coronavirus itself. Nonetheless, I see some people using our reaction to the virus as proof of how bad the virus itself is. "Look at Italy!" Coronavirus killed 2,000 out of Italy's 60 million population. What Italy proves is that some countries are taking decisive action, not that they had to. Maybe they're right to do it but it doesn't count as evidence for how bad Coronavirus is.

- I browse by a lot of outrage over some people buying up products like toilet paper and hand sanitizer to resell them for 3-5x higher prices on Amazon. I would never call these people noble or virtuous, but they're providing an economically efficient service. The reason you can't get these items at stores isn't because the price went up, it's because it didn't.

Probably large chains didn't want to receive society's vitriol by raising the price, so instead they let the shelves get depleted. This price inelasticity is a Market failure. Somebody fixed the problem by buying them and reselling for a higher price. This is a market correction. Amazon then banned them from reselling these products, this is yet another market failure. Now somebody is sitting on 17,000 bottles of hand-sanitizer and nobody gets them.

This is one of a series of posts on Covid-19. Here are some others: